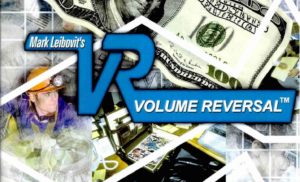 Should you put your hard-earned money into marijuana stocks?

The marijuana industry is expected to triple in the next five years -- and many investors are looking to profit.

As states and entire countries decriminalize or legalize cannabis and/or its components, there are loads of opportunities for entrepreneurs and existing companies.

But as in any nascent industry, there are also loads of risks and bad actors. Whether you're a first-time investor or a seasoned veteran, it pays to understand all of the moving parts.

This guide will get you up to speed quickly.

How to Invest in Marijuana Stocks
Follow these seven steps if you're thinking about buying cannabis stocks. The following is a summary, but we encourage you to read the entire article linked below for all the details.

1. Understand the types of marijuana products.

There are two types of cannabis products: medical marijuana vs. recreational marijuana.
Cannabidiol (CBD) is a cannabinoid that is different than the psychoactive delta-9 tetrahydrocannabinol (THC).
2. Know the different types of marijuana stocks.

3. Understand the risks of investing in marijuana stocks.

4. Know what to look for in a marijuana stock.

For many, avoiding individual investments in the marijuana space entirely is the right call.
For those who buy in, keeping your marijuana exposure to a small percentage of your overall portfolio limits your risk.
Pure plays are riskier than more diversified plays.

Laws, regulations, competitive forces, and the business strategies of the companies themselves will all change rapidly over time.
Read more: How to Invest in Marijuana Stocks (Note: includes a list of every major marijuana stock)

But, Really, Should I Buy Marijuana Stocks?
We just went step-by-step through how to invest in cannabis, but just because there's a trendy new sector with lots of press and potential growth doesn't mean you need to put your hard-earned money in it. After all, if you buy broad index funds, you're covered no matter what sector of the stock market does well.

Think through the pros and cons as you read on: Should You Invest in Marijuana Stocks?

Marijuana Legalization in the U.S.: The History and the Future
One of the biggest variables in cannabis investing is to what extent marijuana will be decriminalized or legalized within the United States, both on a state-by-state basis and on a federal basis.

The link below provides a quick spin through what we've seen so far, from decriminalization efforts starting in 1973 to legalization efforts beginning in earnest in 1996 to the political signs of where we seem to be heading.

Read on: Timeline for Marijuana Legalization in the United States: How the Dominoes Are Falling

More Information on Canadian Marijuana Stocks
There's been tremendous interest in Canadian cannabis stocks, because on October 17, 2018, recreational use of marijuana became legal in Canada (it had been legalized on a medical basis since 2001).

Beyond consumption by Canadians, the upside thesis involves operations or distribution to other countries that have legalized or may legalize marijuana to various extents. This includes Germany and particularly the large market on Canada's southern border.

Commonly Confused Cannabis Terms
One of the difficulties in understanding the marijuana industry is the jargon. Fortunately, it's not too complicated once you get a handle on a few main terms.

Cannabis is the scientific name of the plant (the genus that houses three species). For an investor's purposes, marijuana is synonymous with cannabis, as are more informal nicknames like pot, weed, ganja, dope, grass, 420, sticky icky, etc.

Cannabis is made up of nearly 500 chemical constituents, including many dozens of cannabinoids (substances that act on the body's cannabinoid receptors).

The two most commercially relevant of these cannabinoids are delta-9 tetrahydrocannabinol (THC) and cannabidiol (CBD). Only THC is psychoactive (i.e., makes you high).

Hemp is a strain of a species of cannabis with relatively low levels of THC and relatively high levels of CBD. It has many industrial uses like providing fibers to make rope and clothing.

WHAT IS THE VR CANNA SECTOR REPORT?

Back in 2014 when I began to following individual stocks in this industry, I made claims that someday the big alcohol and tobacco companies will swoop in and buy all the best companies. Well, those predictions have come true since there was hardly a month that didn't produce headline news about another billion dollar investment in the cannabis industry.

Two commercial giants from the worlds of beer and cannabis announced they have teamed up to spend $100 million to research cannabis-infused beverages. Belgium-based AB InBev which includes Budweiser in its portfolio of beer brands has partnered with Tilray which produces cannabis brands such as Marley Natural. The companies are funding a venture with $50 million apiece to produce beverages infused with THC and CBD from cannabis. And, we can't forget about the granddaddy deal of them all - Constellation Brands (STZ) investing $5 billion in Canopy Growth (CGC). The Constellation-Canopy deal fueled a surge in alcohol-cannabis deals as competitors scrambled to get a foothold in the new space.

Recall that the cannabis plant contains over 100 different cannabinoids. These are chemical compounds that react with receptors in the nervous and immune systems. THC and CBD are the two most prominent cannabinoids in cannabis. THC is the psychoactive component that gets people high. And it also has medicinal properties. CBD has medicinal and therapeutic properties and no intoxicating effects.

In September 2018, CannTrust partnered with Breakthrough Beverage Group. Breakthrough is one of the leading alcohol wholesalers, both in Canada and the United States. It will provide sales infrastructure for CannTrust’s cannabis-infused drinks. Lagunitas, which is owned by beer giant Heineken, is selling a cannabis-infused beverage in California. Major soft drink companies are showing interest in the cannabis space, too. Specifically, they are looking at non-intoxicating health and wellness beverages infused with CBD. Take Coca-Cola, the world’s largest beverage company. Two years ago it suggested it might partner with Aurora Cannabis to produce CBD-infused beverages. These beverages could be used to treat inflammation, pain, and cramping, among other things. The deal didn’t end up happening. But the fact a company as big as Coca-Cola even considered it is bullish for the industry. Around the same time, PepsiCo’s CEO said the company was “looking critically” at the market. Further, former Coca-Cola executive Eugenio Mendez – who was the company’s vice president of global marketing for water, enhanced water, and sport drinks – joined a prominent U.S.-based CBD producer. Another former Coca-Cola executive, Tim Haas, joined the board of directors of New Age Beverages, a Colorado-based company that develops cannabis-infused drinks.

Major soft drink companies are showing interest in the cannabis space, too. Specifically, they are looking at non-intoxicating health and wellness beverages infused with CBD.Take Coca-Cola, the world’s largest beverage company.Late last year, it suggested it might partner with Aurora Cannabis to produce CBD-infused beverages. These beverages could be used to treat inflammation, pain, and cramping, among other things.The deal didn’t end up happening. But the fact a company as big as Coca-Cola even considered it is bullish for the industry.Around the same time, PepsiCo’s CEO said the company was “looking critically” at the market.Further, former Coca-Cola executive Eugenio Mendez – who was the company’s vice president of global marketing for water, enhanced water, and sport drinks – joined a prominent U.S.-based CBD producer.Another former Coca-Cola executive, Tim Haas, joined the board of directors of New Age Beverages, a Colorado-based company that develops cannabis-infused drinks.

Molson Coors (TAP) has invested in Hexo Corp. Molson estimates that Canada’s cannabis-infused beverages market could be worth $3 billion. And, we just learned in early October, 2018 that Altria (MO) is talking to Aphria (APHA) but in December we later learned Altria made a $1.8 billion deal with Canadian cannabis grower Cronos (CRON) instead. AND, it was reported on November 19. 2019 Altria (NYSE:MO) added more than 4M shares to its Cronos (NASDAQ:CRON) stake, according to a filing.

As a side note back in late 2018, Altria revealed it was spending nearly $13 billion to buy a huge stake in vape-pen company Juul. E-cigarettes have been sold in the U.S. since 2007 and have grown into a $6.6 billion business. The Altria purchase of a 35% stake in Juul puts the value of the company at $38 billion, larger than Ford Motor Co., Delta Air Lines or retail giant Target. At some point, Juul would dispense Cannabis - that's the long-term bet! Now, there are reports that Philip Morris International (PM) and Altria (MO) which were formerly one company that separated may rejoin. In late 2018, Anheuser-Busch InBev, the massive brewer that makes Budweiser, Bud Light, and tons of other beers, announced that it is partnering with Canada's Tilray to research "non-alcohol beverages containing THC and CBD," per a press release.

Cannabis is super tax income generator for the states have approved it. Cannabis stocks are volatile but the big picture is still positive. Maybe, just follow former Speaker of the House, John Boehner and former Prime Minister of Canada, Brian Mulroney who serve on the board of Acreage Holdings which is acquiring a vast array of U.S. based cannabis assets and now they are being acquired by Canopy Growth.

Probably the biggest story is the growth in the U.S. based Cannabis stocks including Curaleaf, Green Thumb, Cresco Labs, Truelieve, GrowGeneration, and Planet 13. These companies ACTUALLY MAKE MONEY, unlike the Canadian stocks which are yet to show a clear turnaround. The recent merger of Tilray and Aphria have created the largest or second to the largest Cannabis company compared to Canopy Growth.

The cannabis industry’s fear of big tobacco trying to elbow into the industry has finally come true with the March 12, 2021 announcement of a $175 million investment into Organigram Holdings Inc. (NASDAQ: OGI) from a wholly-owned subsidiary of British American Tobacco or BAT (NYSE: BTI). The BAT subsidiary has subscribed for approximately 58.3 million common shares of OGI, which represents a 19.9% equity interest.

Marijuana’s legal headway in recent years has paved the way for new interest in remedies typically relegated to the black market. Companies that work with drugs like psilocybin, an ingredient in magic mushrooms, or Ibogaine, used in ayahuasca-style ceremonies, are proliferating, with early-stage investors predicting such substances have an even better shot than cannabis at disrupting the US$70-billion market for mental health. The question now is whether such aims bear out —and in time to catch up with all the money flowing in. Psychedelics have captured investor interest! 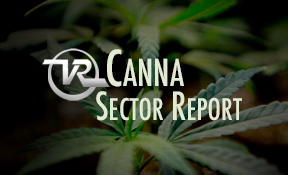