A MUST WATCH FOR THOSE WHO BELIEVE THE 2000 U.S. PRESIDENTIAL ELECTION WAS LEGITIMATE MARTIN ARMSTRONG INTERVIEW ON THE HRVOJE MORIC PODCAST - A MUST!.  YOU DON'T HEAR THIS IN ANY OF THE NATIONAL MEDIA - FOR GOOD REASON! 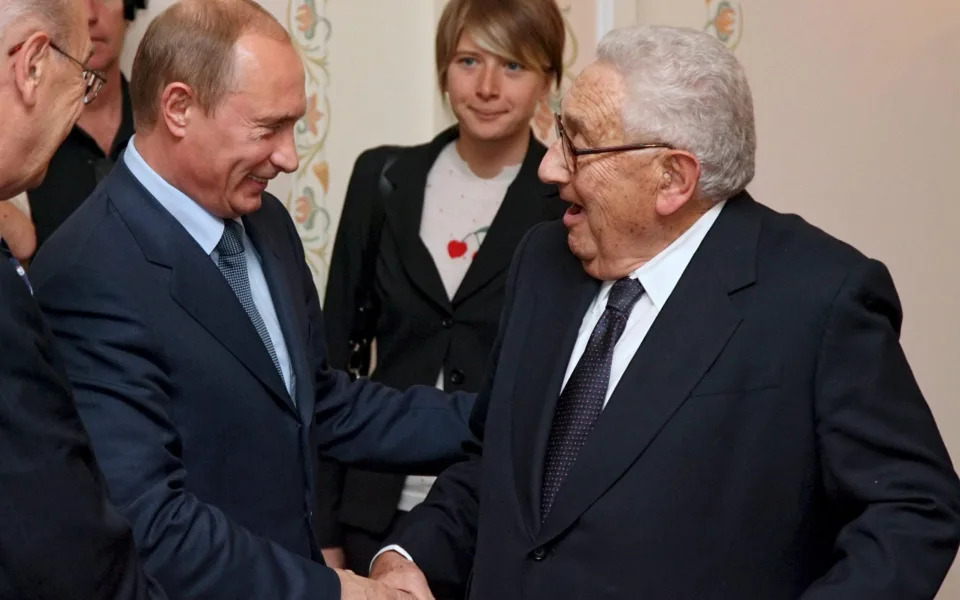 Veteran US statesman Henry Kissinger has urged the West to stop trying to inflict a crushing defeat on Russian forces in Ukraine, warning that it would have disastrous consequences for the long term stability of Europe.

The former US secretary of state and architect of the Cold War rapprochement between the US and China told a gathering in Davos that it would be fatal for the West to get swept up in the mood of the moment and forget the proper place of Russia in the European balance of power.

Dr Kissinger said the war must not be allowed to drag on for much longer, and came close to calling on the West to bully Ukraine into accepting negotiations on terms that fall very far short of its current war aims.